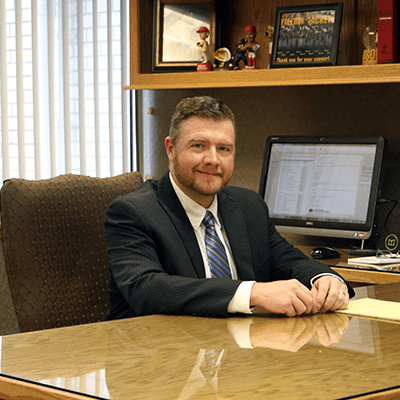 In 2003, Brad received his law degree from the University of Missouri-Columbia School of Law, graduating with honors and Order of the Coif distinction.  While at the University of Missouri-Columbia, Brad was an active member of the Missouri Law Review and had articles published in two Missouri Law Review Journals.  He was licensed to practice law in the State and Federal Courts of Missouri in September 2003.

Brad and his wife Erica have three children and live in Lebanon, Missouri where Erica is a teacher in the Lebanon school district.  Brad and his family are active members at Heritage Baptist Church in Lebanon. Brad serves on several local boards including the Mercy Health Foundation and the Laclede Early Education Program.