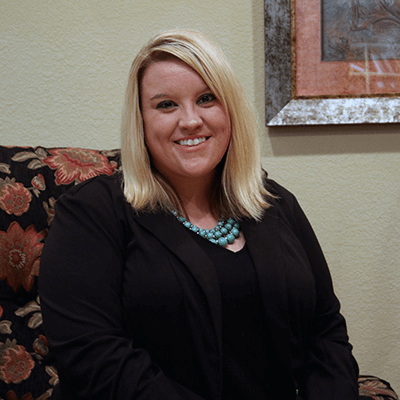 Kayla is a lifelong resident of Lebanon, Missouri. After graduating from Lebanon High School in 2006, she attended the University of Missouri-Columbia. While there she earned degrees in Political Science and Psychology. After pursuing her education, she returned home and joined the Law Offices of Allen & Rector, PC.

In 2009 she began her legal education at Oklahoma City University School of Law. She interned for the Attorney General’s Office of Criminal Appeals and the Oklahoma Innocence Project, where she earned the Cali Award for Excellence in the Future.

At Oklahoma City University, she earned the Dean’s Fellowship Scholarship and the Dean’s Pro-bono Scholarship, and graduated with honors. She is excited to serve the community that gave so much to her.